Get out of the hotel by 9am because today is the day I get to go up the top of the rock. Well here is what really happened, left the hotel, walked like 20 blocks passed Bryant park (which is actually super cute). Side note there is a little store/shop which looks like its a one room nook that sells art work, (like the modern fashion girl type, don’t know how to explain) I wish that I had a picture to share with you all but I only recorded a video. If I ever go back there I’m so going in and buying something there. Sadly the shop was closed so I only got to stare everything down lol. So we get to Rockefeller building to find out that all the tickets are sold out and next available tour is about 4 hours away, instead of hanging out in the same area we decided to walk and explore because what else is there to do lol.

Hubby and I ended up grading lunch at Bouchon bakery, its located at the rockefeller plaza. We went in there just because it was the closest thing near us, and that had great reviews on yelp. Which btw (by the way) I use yelp for everything! The desserts, the sandwiches and the lattes are amazing here. So recommend.

Walking through 5th ave (which we did a lot of and memorized all the stores) walking past Saks was so fun to see, that store is HUGE. I wish we went in but honestly we didn’t want to lose to much time and we just thought that if anything we can always come back but never did. One thing I will say is just as advice for those going first time, just think of where you want to be like the side of town and where you want to go. We did a lot of walking up and down 5th, 6th and 7th street/ave and ended up seeing most things 2/3 times which for me it was a bit pointless since we should of just everything out better. Im glad we got to walk but honestly grabbing a uber or getting on a tour bus which we did (last day) would of been the best way to get around and see.We ended up using VIA (which is like uber) twice. (Once to get back to the hotel from Soho and the second to go to the airport from the hotel). I would recommend using it, I would say the price is almost the same as uber and thats because I would open both apps to check. We never used a taxi, honestly Its way more expensive. They charge by the minute and if you know New York traffic then you will know it takes like 10 minutes to get through a mile.

Overall Thursday was a interesting day, since we didn’t do what I planned originally we couldn’t get a schedule working right away. I mean we walked to not kill time but ended up killing time (because we kept walking lol) and wasted half a day. Eventually decided to go to Brighton beach which is basically Russian city for those who don’t know. My husband really wanted to go there and it was only fair that we both got to see what we wanted. It was a hour long ride on the subway. We made a mistake of getting of the first stop and had to figure out the best train to hop on. which was two stops, two different trains. Another thing for anyone who has never gone on the subway. Its $3 per person for each stop you get off. So if you know all the stops then sure it can be cheaper but for two people we ended up spending $20 on the subway. You can load a card for $10 or however much but again know where your going or else your just going to be spending so much. Not sure if it was cheaper or same price if we just took a VIA service but I’m glad we got the experience.

Brighton beach was also an experience and for anyone who is Slavic descent, you might want to check it out. Just to walk the strip on the beach and to hear everyone speaking Russian. It was interesting. The people are different. Its like a mix, you can tell all of them are from different parts of europe and Russia. The bakery in a grocery store there was amazing. I wish we had more time to sit and eat everything. Who doesn’t love a good Russian meal fight? One thing I had to try was some Piroshki. My favorite are the stuffed with meat ones. Guys … Like literally I can eat them all day everyday if someone would just come over and make them for me. (I have a sign up sheet for anyone who wants to volunteer, I pay in hugs mostly) There are different flavored ones, anything you can think of as far as Russian/ slavic cuisine its there. We spent sometime just walking around and then it was another hour to get to soho. We got of a stop in Chinatown, then ended up walking to Soho and getting some latte to go from Ladureé. Guys, ok maybe its just me.. I’m pretty sure its just me. I fell in love with that little place. Granted its not perfect you can tell its slowly losing its charm and a little worn out. I mean the traffic that goes through there. The pastry options are amazing. Highly reccomend trying. We managed to only stay for a little and then ended up meeting my husbands old coworkers/friends who moved to the city a year ago for some dinner and to catch up. They took us to the oldest pizza spot in Soho I can’t remember the name right now but I’m sure I can figure out if someone is curious. The menu wasn’t big so it was easier to decide. Cant remember what exactly we got but it had some prociutto. The pizza was really good, but it was even better with great company. That was defiantly the memorable part of the trip. You know what they say, good friends, good food and good company!.

Once we ended dinner, we went to get desserts at a crepe shop that I noticed before going for dinner which was still open. Of course Igot the Nutella and strawberry crepe I mean who am I not to get it. It was BOMB! I noticed the name of this place around the city, also can’t remember the name of it but for anyone who wants to know feel free to comment or message me.

One thing thing I forgot to make mention was seeing the flat iron building while we walked like 30 blocks. My husband btw kept a tally on how many miles we did each day and it came out to 7-8 miles every single day. That is a lot of walking folks, and if your going to ask did my feet hurt the answer is yes they did, so bad that I had bleeding blisters. Anywho back to the flat iron building, Its a landmark that I had to see. The building is beautiful, its smaller then I imagined but perfect for anyone who likes architecture. In front of the building is a mini park, and also tons of restaurants and shops. Honestly every corner of the city has something amazing to see and it’s hard to grasp it all in one day. I wish we managed that day a little better, we planned to see the Brooklyn bridge but never did because getting around was a little hard. Next time I would hit up some of the same places but not waste as much time getting there.

Ok I think this blog is long enough already, so guess what stay tuned for day 3! Yay!!!! 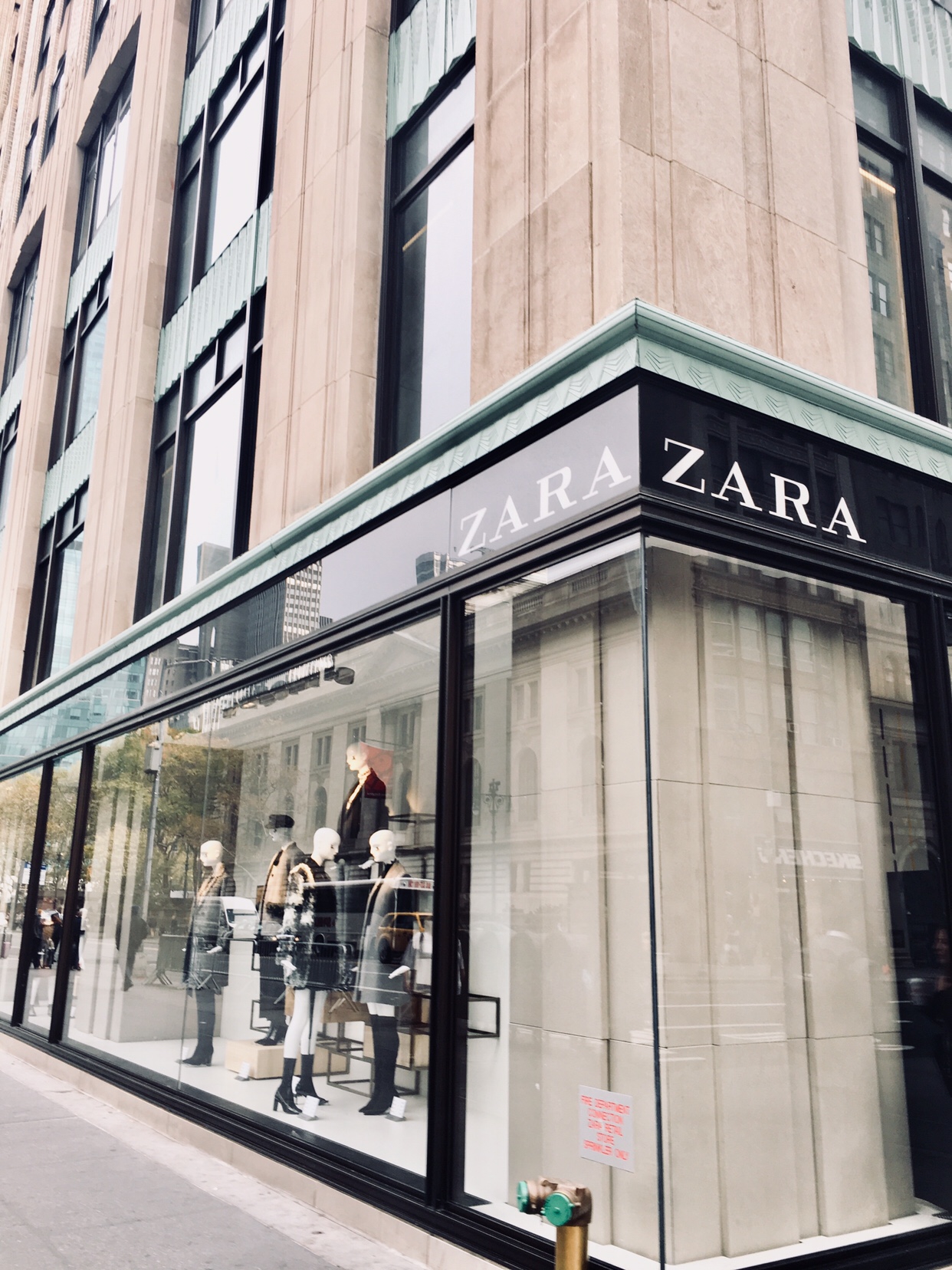 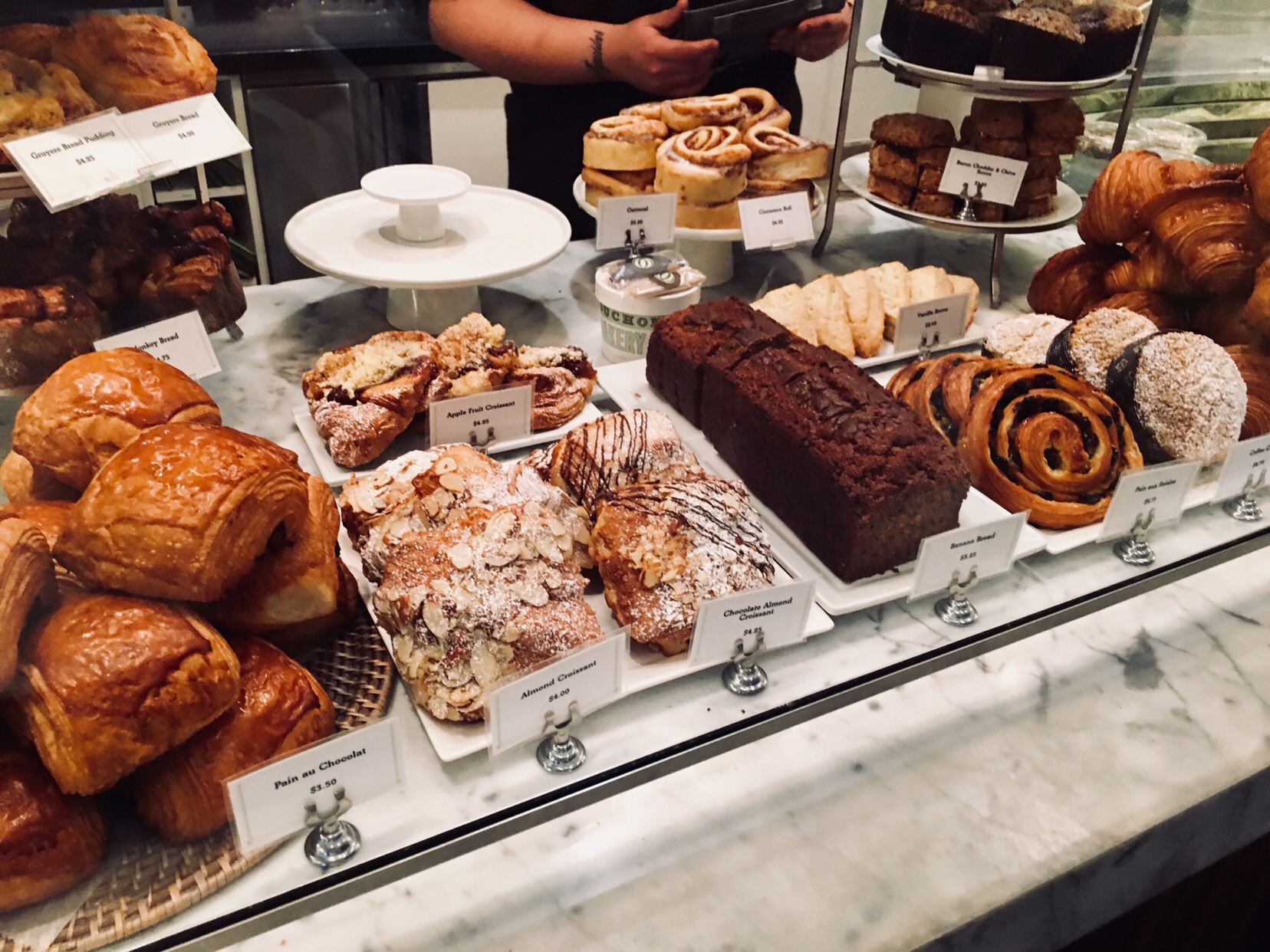 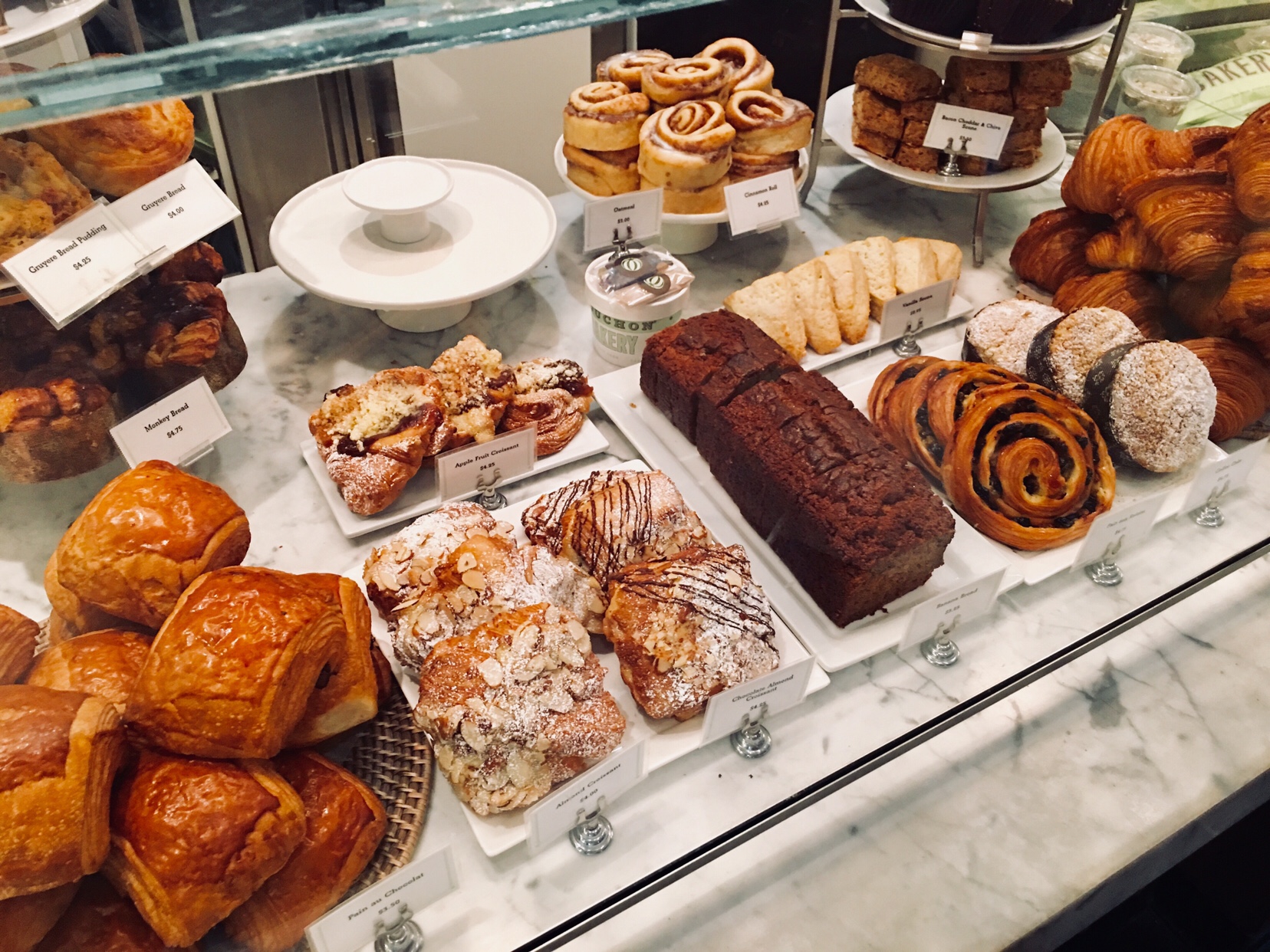 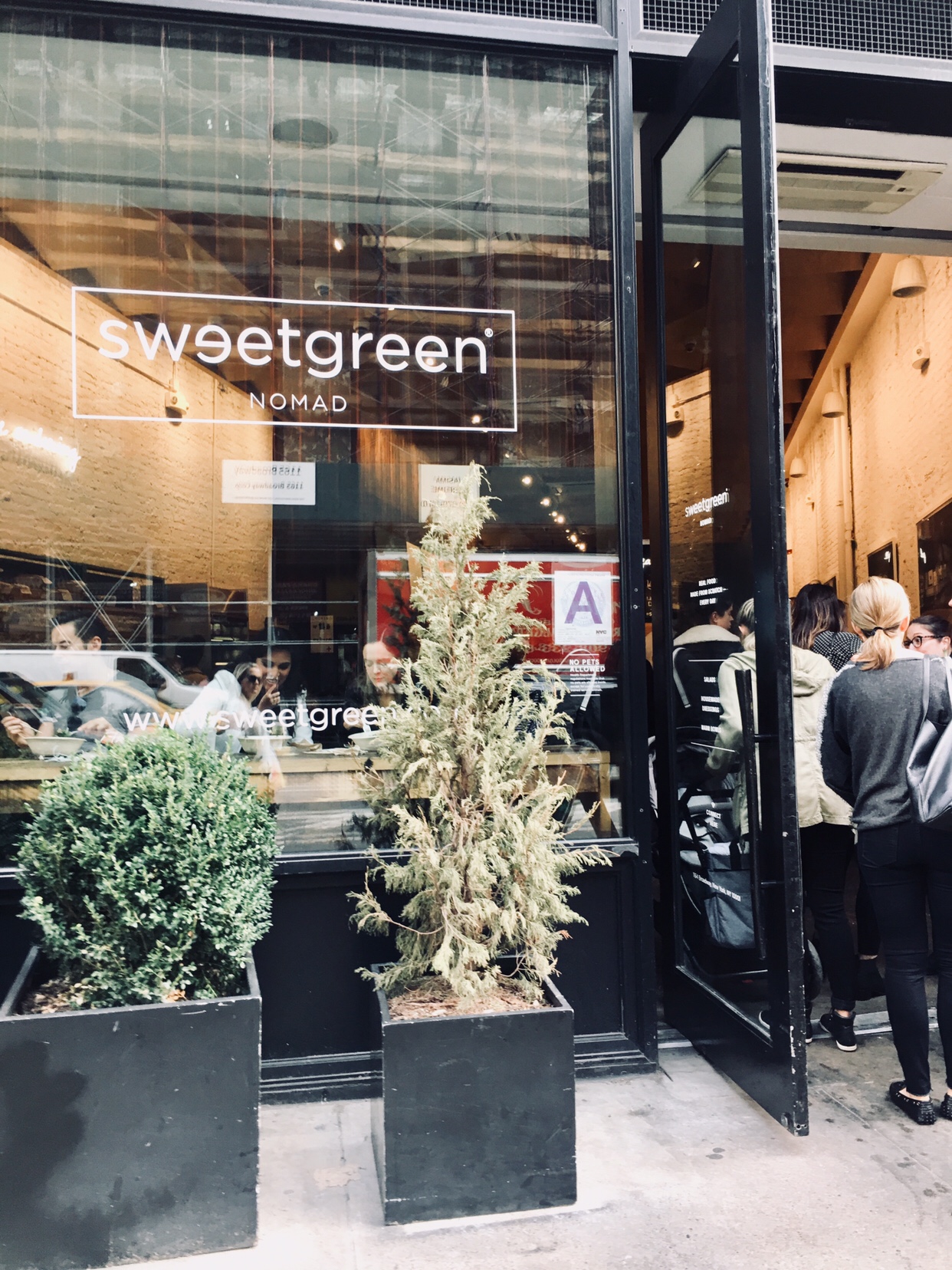 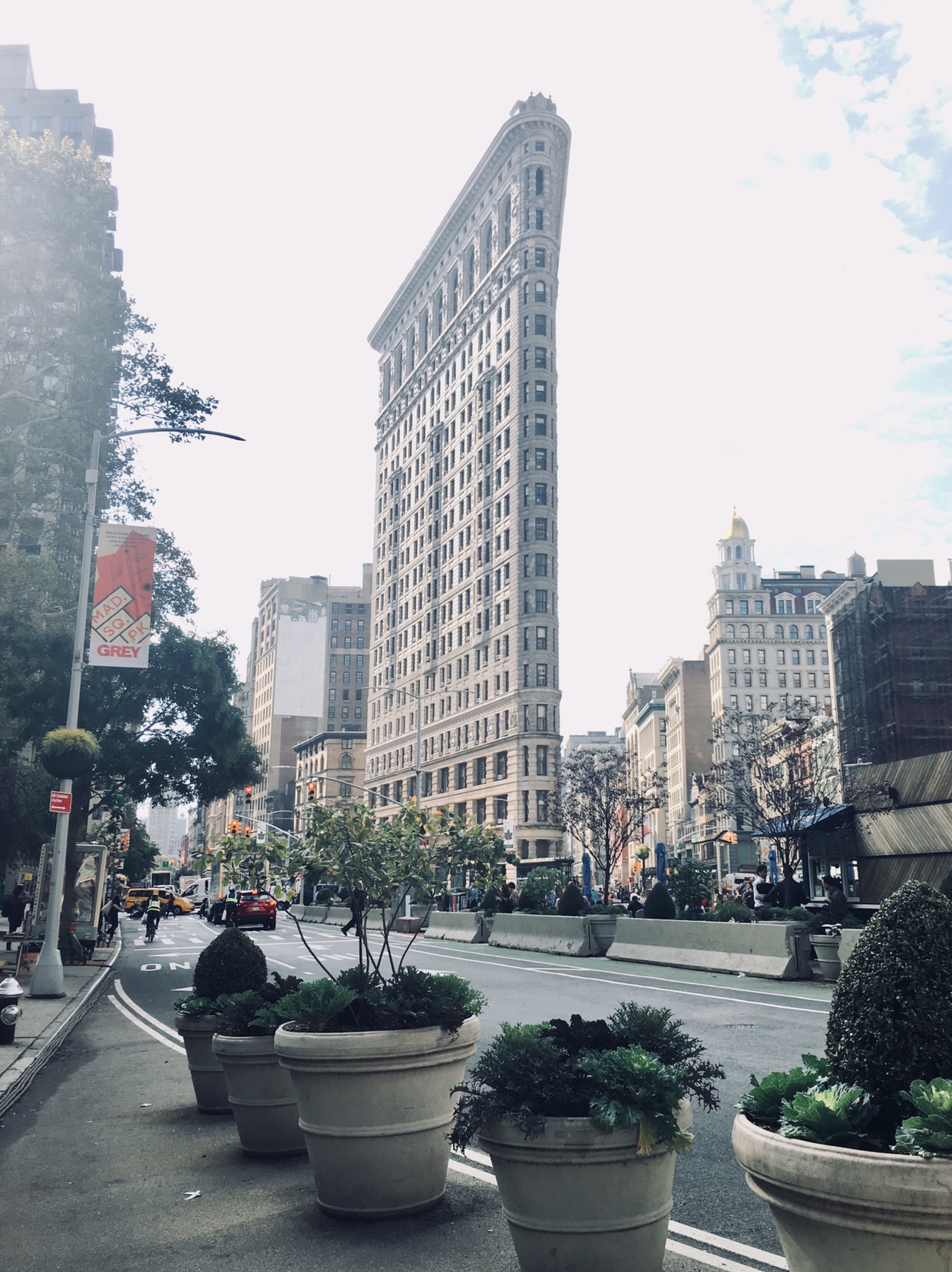 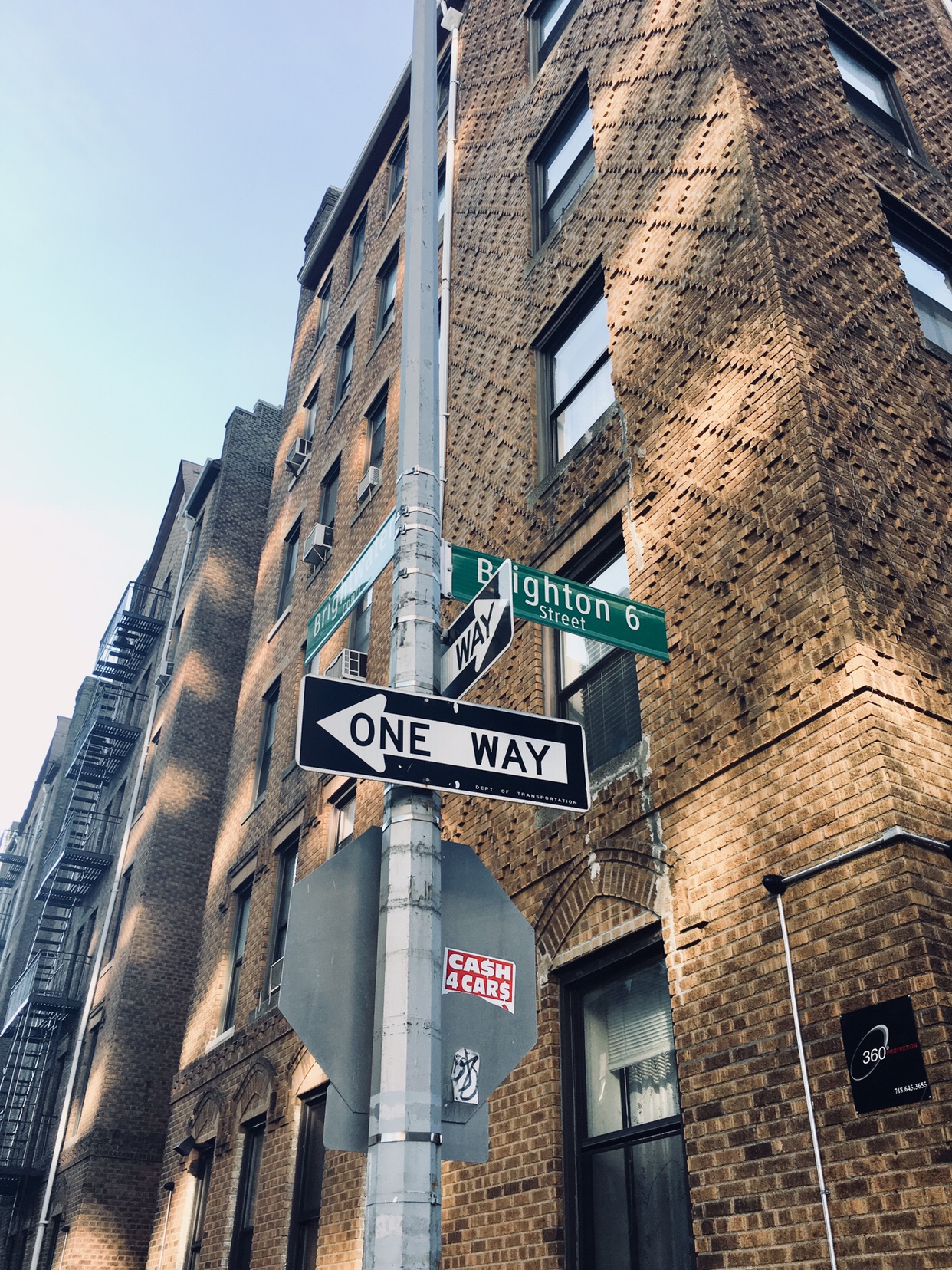 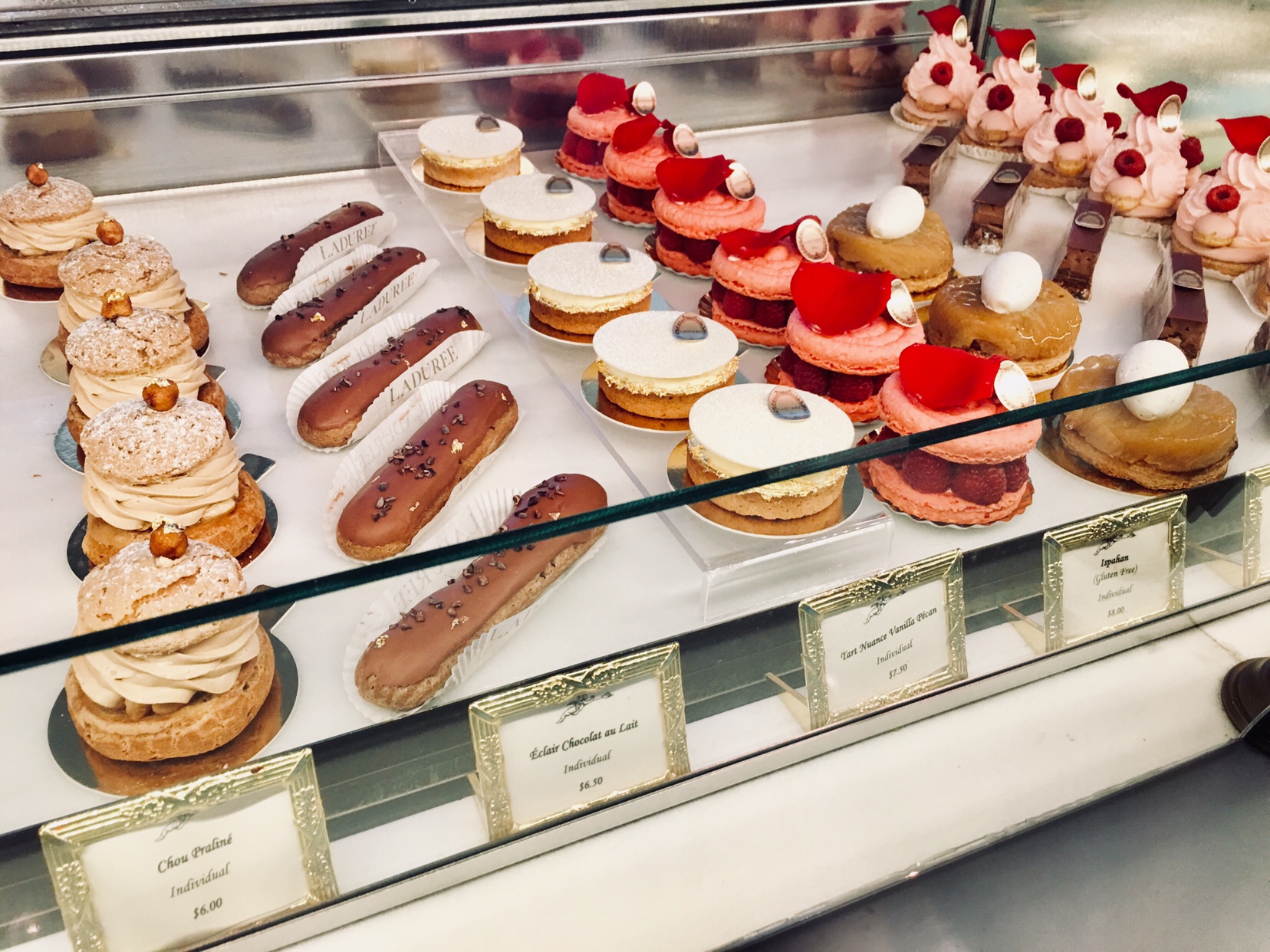